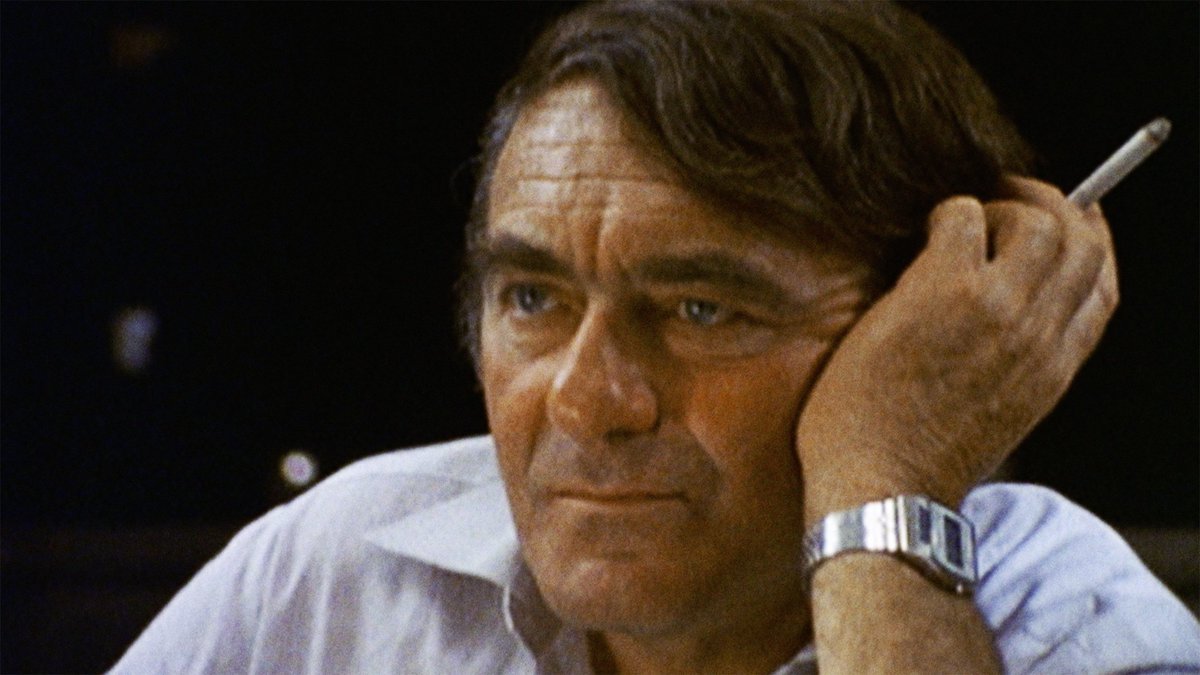 Claude Lanzmann had many accomplishments worth remembering.  He was a decorated resistance fighter, philosopher, friend and colleague of Jean-Paul Sartre and Simone de Beauvoir, editor of Les Temps Modernes, writer, journalist and filmmaker. Although his career as a filmmaker begins with Pourquoi Israël (1973), it is Shoah (1985) and the satellite films that followed using footage shot at the time he was preparing Shoah that make Lanzmann one of the most important filmmakers of the post-war period. Shoah is a work of art perfectly suited to Lanzmann’s intentions to demythify the Holocaust and demonstrate its continuing relevance in the present moment.  The film’s subject matter is the systematized near annihilation of European Jewry in a short few years, the “war against the Jews” that demanded the participation, acquiescence or at least willful obliviousness of so many people from a variety of countries. The strategy Lanzmann uses of counterpointing geography and place (le lieu), with testimony and words (la parole) reincarnates the catastrophe and trauma in the present, obliterating traditional concepts of history and demonstrating instead a timelessness that refuses to be relegated to an historical past.  It takes a certain personality to pursue a film of this scope and magnitude and realize it; shot and assembled over a period of eleven years, Lanzmann faced numerous obstacles. He pursued, at great personal risk, testimony from Nazi perpetrators that was extremely difficult to obtain, resorting at times to hidden cameras, and footage implicating Polish bystanders who witnessed the trains arriving full and leaving empty, still manifesting blatant anti-Semitism in their vivid testimony. As the metteur-en-scène, he set up the conditions needed to vivify the testimony of Jewish survivors who could not otherwise speak of what they saw or experienced. Lanzmann’s participation and presence permeates the project, foregrounding a personal voice and intelligence; his confidence, courage and necessary arrogance serve his role as an active interviewer who is direct, insistent and never concerned with being impartial or diplomatic. The film’s dedication to give the dead “an everlasting name”, to make an absence felt, to gather testimony to a murder carefully masked and erased from the few who should not have survived to provide it, is, in itself, an act of resistance to their complete obliteration.

Shoah is hard to categorize and is in its own way entirely original-it is a work of non-fiction that borrows from the strategies of fictional filmmaking. It is not a documentary that uses voice-over to explain history.  It does not use archival footage (even had archival footage of the gas chambers in operation existed, which it doesn’t, though it is a contention that set off a debate with Jean-Luc Godard that was never satisfactorily resolved.  Godard did finally acknowledge the achievement of Shoah, quoting an iconic image in his Histoire(s) du cinéma) as the film demonstrates its evidence in the present. It is not structured chronologically because chronology implies a cause and effect explanation offering factors which may be, in part, as Lanzmann explained, ‘necessary’ but ‘insufficient’1 to account for the murder of millions. As he noted, it might make more sense to remove the Evian conference, the international gathering convened to discuss the problem of the Jews, from its chronological place in July of 1938 and link it directly to the first gassings three years later, as every country’s public affirmation of indifference to the Jews led directly to the accelerated implementation of mass murder. Instead Shoah’s structure is circular and closed, beginning and ending with the killing process, and the few who survived miraculously to testify. Shoah demonstrates that art can convey truths that an historical, chronological approach could falsify.

In some ways Lanzmann belongs to a generation of filmmakers like Roberto Rossellini who understood that reality can sometimes be best accessed through strategies borrowed from fictional cinema; the confluence of actual locations and the conditions the artist creates combine to provoke and elicit an authentic response. Witnesses are ‘personnages’, characters or actors relying on the circumstances provided by the director to trigger the flow of testimony. Lanzmann rented locomotives of the period, a barbershop and other aids that would place a witness back into a role that would free what was impeded to surface. More than memory it was a form of reliving an event. It also demands a different engagement from the viewer, both intellectual and experiential, created by the juxtapositions of location and testimony, encouraging the imagination to see the events spoken of in the present, giving them a sense of immediacy.

Lanzmann released a number of other films using interviews and footage collected in the 70’s and early 80’s for Shoah.  Each is a valuable project in its own right, some more controversial than others, for example, The Last of the Unjust (2013). Lanzmann’s unwillingness to pass judgment and condemn Benjamin Murmelstein, a leader of the Judenrat in Theresienstadt, was questioned and found troubling in part because Lanzmann seems to admire him and rejects the standard blanket condemnation of the Judenrat for their complicity, a position popularized by Hannah Arendt. Murmelstein also worked with Eichmann and testifies to his ‘demonic’ dedication to genocide, an insistence that also challenges Arendt’s characterization of him as a benign bureaucrat.  Lanzmann refuses to judge Murmelstein as he similarly does the few survivors of the Sonderkommando, the closest witnesses who were often the last persons victims saw before their death. Lanzmann had the courage to remain true to his convictions, however politically ‘incorrect’, and continued to do so throughout his life.  As early as 1979 he insisted on calling out present-day anti-Semitism and its ‘democratic’ resurgence as anti-Zionism, and held fast to his belief that it veiled the anti-Semitic preference for a powerless, stateless Jew who could be victimized over one who had political status and could appropriate violence for the purposes of self-defense. Lanzmann’s last film, Shoah: Four Sisters, was released in Paris shortly before his death. It is composed of separate interviews of four women survivors and has two segments ending with the woman’s present abode in Israel, where the subject of the interview claims it as a country where she could at last find refuge and feel safe and protected.  This too is a pointed comment that feels like a brave statement in 2017 by someone who identified consistently on the Left.  It is indicative of what I admire about Lanzmann; his convictions weren’t linked to what would make him popular or liked or considered politically acceptable.  In 1979, in an article originally published in Les Temps Modernes, Lanzmann defended why he was still “harping” on the Holocaust and why it was important for all humankind to do so.  His refusal to be silenced remains inspiring.

Florence Jacobowitz teaches at York University and is working on a project on Isabelle Huppert and performance.