Covering a  wide range of filmmaking and featuring essays and reviews by film critics and scholars.

CineAction began in 1985 as a response to the rejection of the practice of film criticism in the heyday of privileging theory in academic study.  The magazine was intended to illustrate the value of criticism through a close reading of a film’s style and content. It was a process of evaluation that provided insights into the construction and meaning of a work. It was conceived as a political forum that included challenging the then contemporary theoretical notion that ideology was monolithic and, as such, put into question the possibility of political change.

Our other goal was to produce a serious-minded magazine that wasn’t arcane and elitist in nature; instead, we wanted to provide an open-minded reader with a magazine that was accessible while retaining its integrity and sense of purpose. CineAction was meant to be wide ranging in its content, embracing the medium in all its manifestations, whether it be the Hollywood cinema, the art film, the documentary film or other cinematic formats.

Our last print issue appeared in 2016 and now we, three of the original collective, are continuing with online issues, available on this website free.

Over the years, our original editorial collective has changed. Most recently, Susan Morrison, one of the founders, has retired, after years of dedicated work. Readers may know that the work of the late Robin Wood and Andrew Britton, much-missed friends and co-editors, remains available: see Britton on Film: The Complete Film Criticism or, forthcoming, Robin Wood on the Horror Film: Collected Essays and Reviews. Both are from Wayne State University Press. 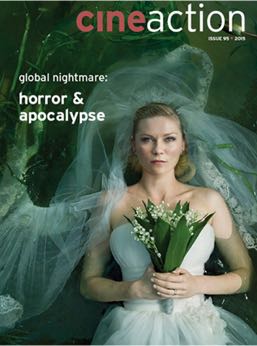 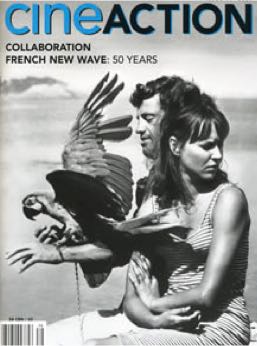 Scott Forsyth recently retired from York University in Toronto, where he taught film history and theory and Marxist cultural politics in the Departments of Film and Political Science. Over the years, he served as Chair of the Department of Film and Director of the Graduate Program in Cinema and Media Studies.

Florence Jacobowitz is is a film critic and scholar who teaches at York University. Her current project is on Isabelle Huppert and performance.

Richard Lippe teaches at York University, Toronto. He has been contributing prefaces to the Wayne State University Press series of new editions of Robin Wood's directorial monographs and the forthcoming collection of Wood's writings on the horror film.